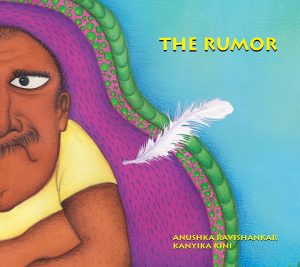 The Rumor by Anushka Ravishankar, illustrations by Kanyika Kini (Tundra Books, 2012). In the village of Baddbaddpur, the people like to tell tales. Pandurang is so dour that he can make milk turn sour. One day he coughs up a feather. As the story of Pandurang’s feather is passed from one person to another it grows and grows and grows until it can hardly be recognized. (Grades PreK-4).

No comments to show.